Anna Chan Chennault (Chen Xiangmei 陳香梅) was born in Beijing. Her early interest in world affairs and Chinese literature was shaped by her maternal grandfather, the diplomat Liao Entao廖恩燾 (aka Liao Fengshu鳳舒).

A graduate of Lingnan University, she worked as a wartime correspondent for the Central News Agency and first met her future husband General Claire Lee Chennault (陳納德) when assigned to interview him.

Her book A Thousand Springs (一千個春天) describes their happy marriage. After the famed leader of the Flying Tigers died in 1958, she moved with their two daughters from Monroe, Louisiana to Washington DC.

She was an influential political figure for many decades. She worked under President John F. Kennedy to help resettle Chinese refugees fleeing the Cultural Revolution. She was a major fund-raiser during Richard Nixon’s presidential campaign, and reportedly acted as a secret envoy for him to South Vietnam. A longtime supporter of the Nationalist government of Taiwan, she nonetheless returned to China in 1981 at the request of Ronald Reagan.

Deng Xiaoping remarked at their meeting, “There are 100 members of the US Senate but only one Anna Chennault.” Appointed Vice Chairman of the President’s Export Council, she led multiple trade missions to Asia during 1981–1985. Her personal connections with Asian leaders made her an asset for establishing business as well as political relationships. During this period, she advised not only on matters of US-China trade but also on promoting the emerging trade between China and Taiwan. In 1989, she led the first large delegation of Taiwanese businessmen to China for the purpose of exploring investment opportunities. Questioned about her changed attitude toward the PRC, she explained that people “must be humble enough to learn, courageous enough to change their positions.” She also described herself as a bridge between the U.S., China, and Taiwan.

Among other presidential appointments, she was a member of the White House Commission of Presidential Scholars (1985–1993), the Co-Chairman of the National Heritage Groups Council under Gerald Ford, and the International Chairman of the Franklin D. Roosevelt Memorial Commission under Bill Clinton.

Anna Chennault’s career as a businesswoman included the position of Vice-President of Flying Tiger Line, a cargo airlines founded by a former pilot of her late husband. As a contract negotiator for landing rights, she oversaw the airlines’ international expansion throughout Southeast Asia. She worked also as a consultant for companies that included Pan American Airlines, General Electric, Northrup Grumman, and Fleishman Hillard.

Anna Chennault continued her initial profession of journalism until the last decade of her life, writing essays and opinion pieces for Chinese-language newspapers and magazines. She authored dozens of books. Among those in English, A Thousand Springs and Chennault and the Flying Tigers were both on the “New York Times” bestseller list. The “Schlesinger Library on the History of Women in America” (Radcliffe College) holds her collected papers in English. Those in Chinese were donated to Zhejiang University Library in Hangzhou, China.

The “Live Auction” on July 23 is for the benefit of the Council for International Cooperation (國際合作委員會), a non-profit and non-political foundation that Anna Chennault established in 1989 for the purpose of fostering cross-cultural understanding, particularly among the peoples of the US, China, and Taiwan. By agreement of CIC’s board of directors, proceeds will be donated to schools in the DC metropolitan area that offer programs in Chinese language and culture. The objects in this auction were selected from Anna Chennault’s office and her Watergate penthouse, where she received numerous dignitaries and gave newsworthy parties. Some items were originally presented to her during her travels to promote international trade.

Anna Chennault with Presidents and Politicians.

“Stumped” by American Politics – Past and Present

Written by David Quinn on December 1, 2016. Posted in Blog

Monika Schiavo, Waverly Rare Books at Quinn’s Auction Galleries American presidential elections have always been newsworthy events, often providing unexpected twists and turns as candidates travel across the country speaking to voters. The 2016 campaign for the top job at the White House was no exception. While modern campaigns now make use of Twitter and Facebook, an item coming up for auction reminds us that the art of political debate goes back to our country’s founding. Most of us know that the phrase “stump speech” comes from the tradition of campaigners sounding off from the top of a sawed-off log. This activity raised their profile – literally – and gave them a chance to connect to a wider audience. The tree stump in the photo(s) is a reminder of a time when someone running for public office delivered speeches from a homely piece of wood instead of a fancy raised platform. This particular item was a gift from the 40th President of the United States and the First Lady, Ronald and Nancy Reagan. Imprinted on top with the double-pointed arrow brand used at their vacation ranch, Rancho del Cielo, it is a wry reminder of one small but significant part of our country’s political history. You can read more about this unusual item and see other rare and remarkable pieces of American history at www.quinnsauction.com.

Just What is an Ethnographic Art Auction?

You may have noticed that in the past year, Quinn’s Auction Galleries in Falls Church has had a series of Ethnographic Art Auctions. You may be asking yourself, “What exactly are Ethnographic Arts?” These are objects created by indigenous groups such as Native Americans, Africans, Pre-Columbians, and Oceanic Islanders. In short, they are the items many call “tribal art.” These items include those made for religious and secular use within these cultures such as masks, figural sculptures, architectural elements, textiles, clothing, instruments, jewelry, furniture, and many more. Sometimes the items are decorative or made specifically for sale, and at other times the objects are used by the people themselves. As with all art, there are varying degrees of craftsmanship, history, and desirability among dealers and collectors that affect auction values. One of the things collectors look for most is a history of appropriate cultural use. These signs may vary from the way an object is painted to how the holes on a mask or the facial features of a statue have worn over time; all can have a huge effect on auction value. Quinn’s Auction Galleries has notably been selected to sell the Inventory and Collection from the Merton D. Simpson Estate. This Estate boasts an important collection of African, Oceanic, and Native American art in addition to a vast collection of fine art. Part 1 took place on October 1 of this year, there will, however be additional opportunities to see and bid on this important group of objects. Join us for Part 2 on December 3, 2016 and more in Spring 2017.

Written by David Quinn on October 7, 2015. Posted in Blog

We’ve got an exciting Ethnographic Art Auction planned for Saturday, October 24, 2015 at 11:00am in our Falls Church location.

Written by David Quinn on September 26, 2015. Posted in Blog 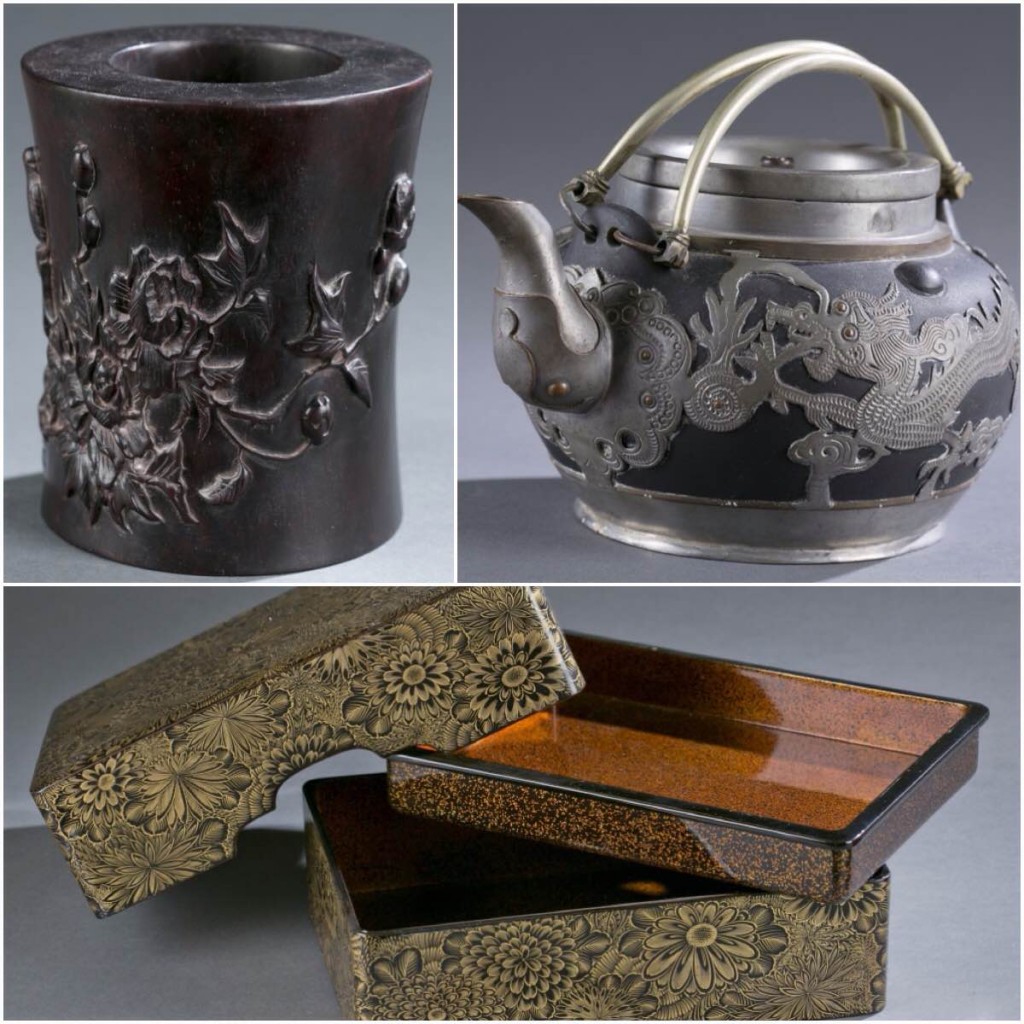 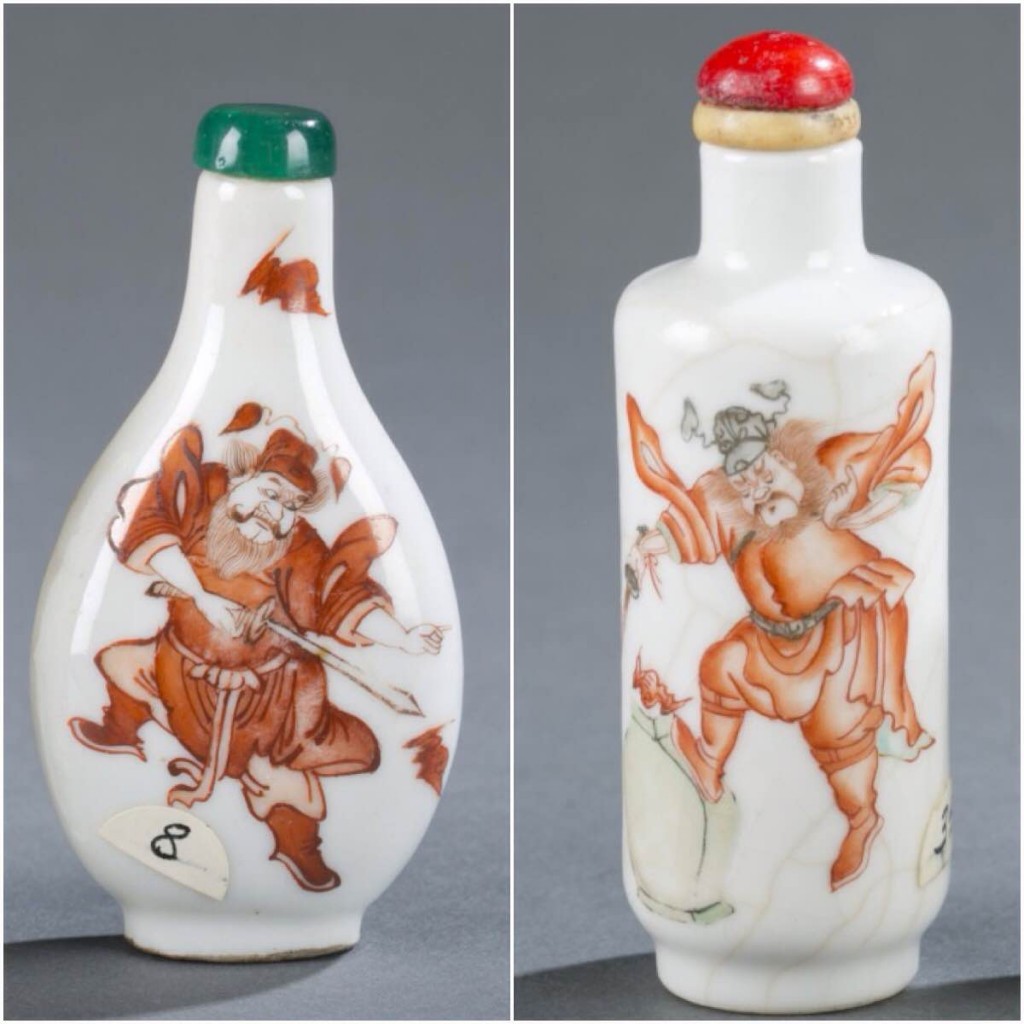 Written by David Quinn on September 10, 2015. Posted in Blog 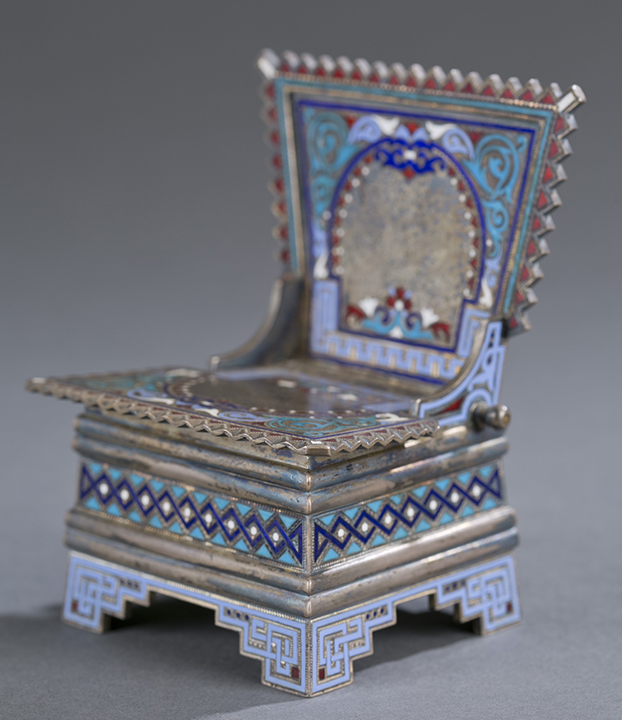 *Please note, this auction will take place at our Central Virginia location.

Written by David Quinn on September 9, 2015. Posted in Blog

Click the catalog cover above to view our entire catalog in an online flip-book. To bid online, click here. 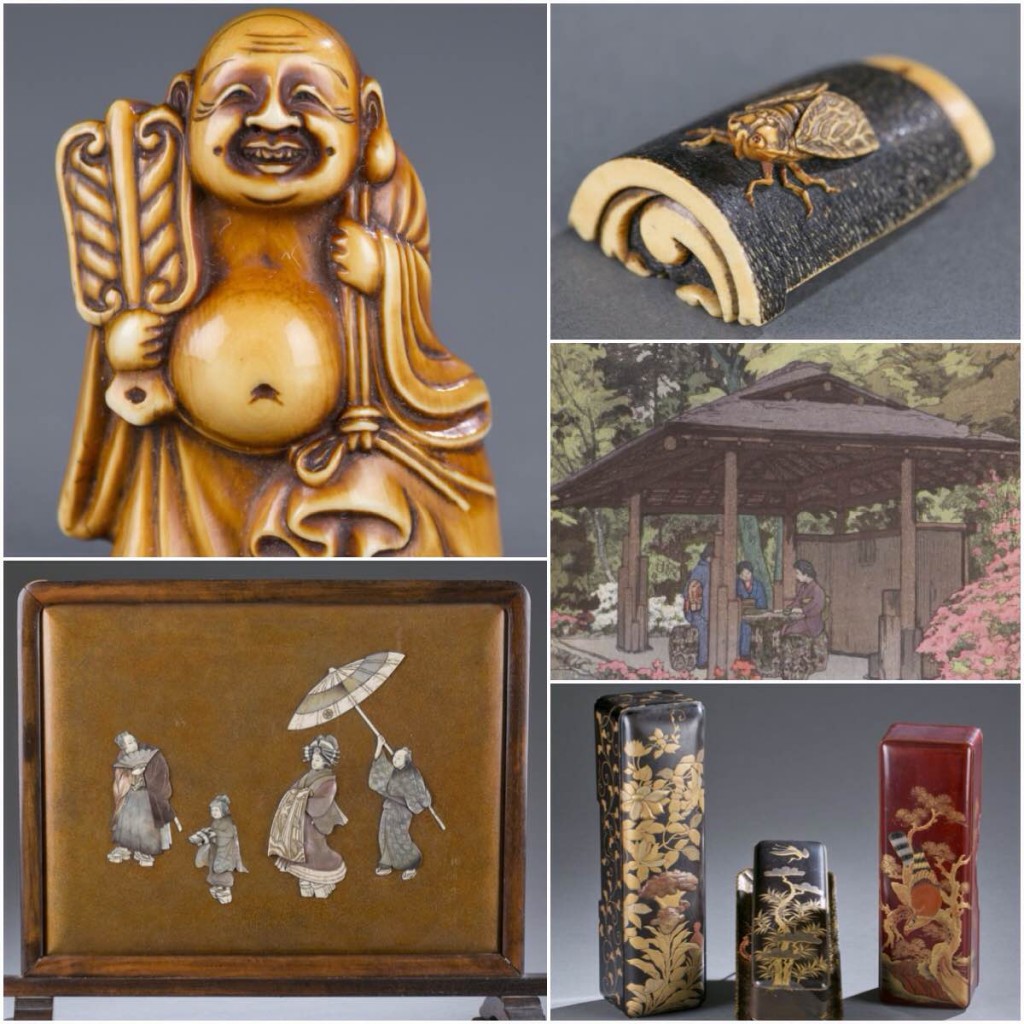 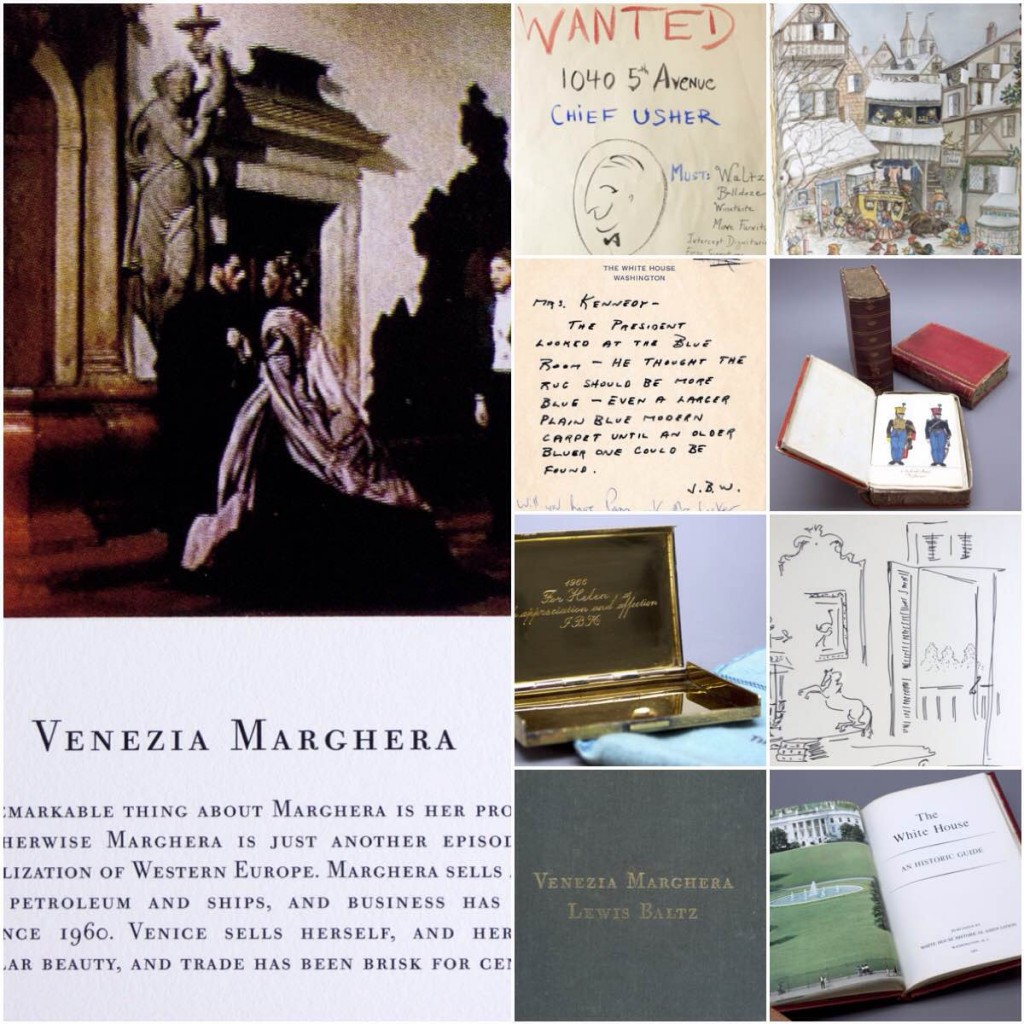 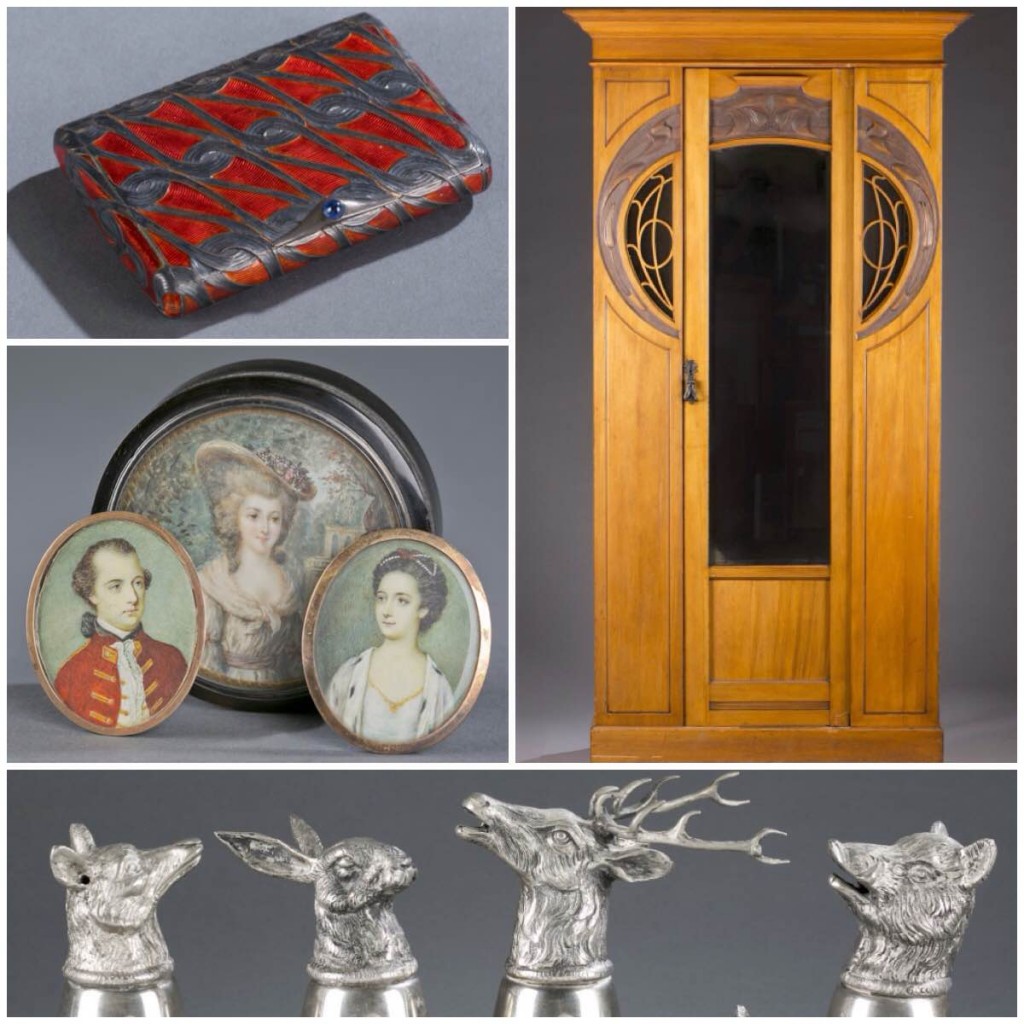